Last week, the PCMI Chiang Mai office celebrated Loi Krathong, a bright annual festival that takes place on the full moon of the 12th month in the traditional Thai lunar calendar. The name could be translated as “to float a basket”, and comes from the tradition of making krathong or buoyant, decorated baskets, which are then floated on a river.

On this night, Thais place their decorated krathong in the river, canal, or body of water and make a wish. The krathong is usually made out of a banana tree or spider lily plant, ornamented with a flower, candle, and three incense sticks which and lit before being placed in the water. This is believed to come from an ancient ritual to pay respect to the water spirits and bring good luck. It is said that if your candle stays lit until the krathong is out of sight, your wish will come true.

This tradition has recently turned into a contest as well to see which large office, corporation, or organization can launch the best decorated krathong known at the “Beauty Contest.” The festival also features various venues and activities throughout the Thai cities like boat races on the Mae Ping River, Yipeng latern procession, parades, and fireworks.

Pictured below are team members of the Thai Team enjoying the celebration and sharing a meal together: Chinnawat Ngamson, Jib Mettarat, Krai Sukjaimuk, and Teerawat Leelawonghanich & his wife. 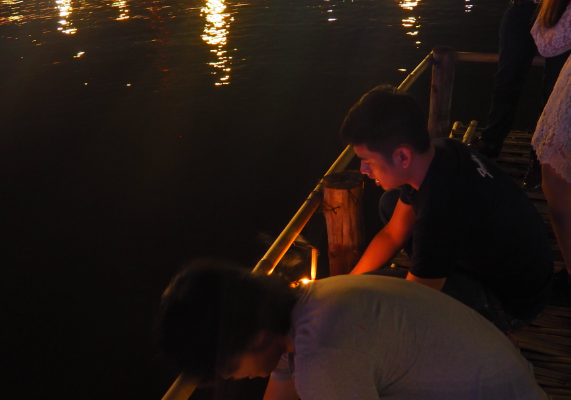 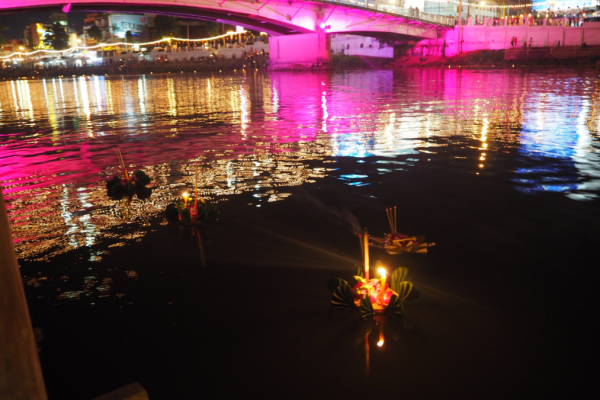 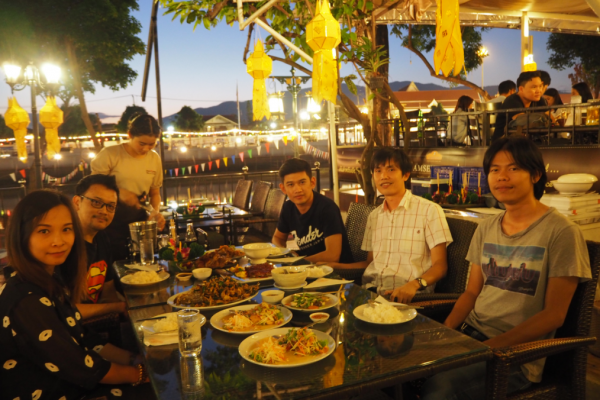 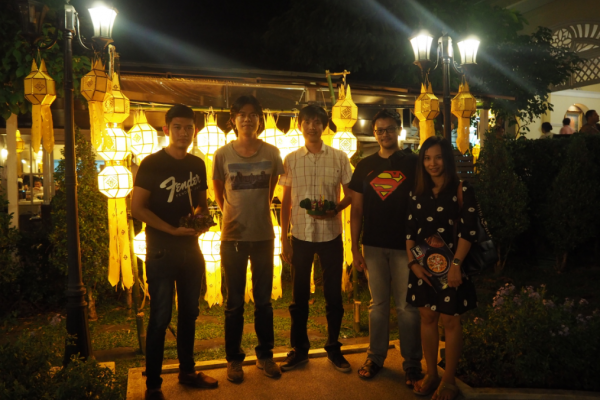 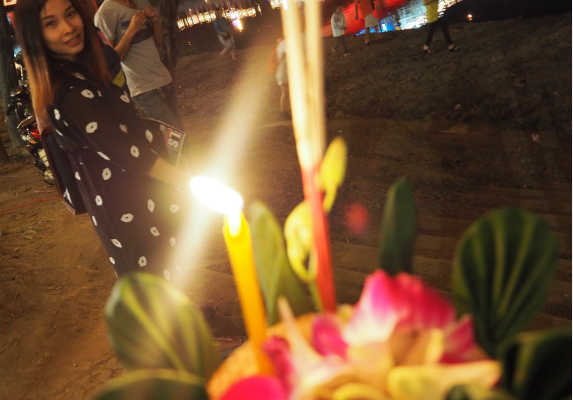