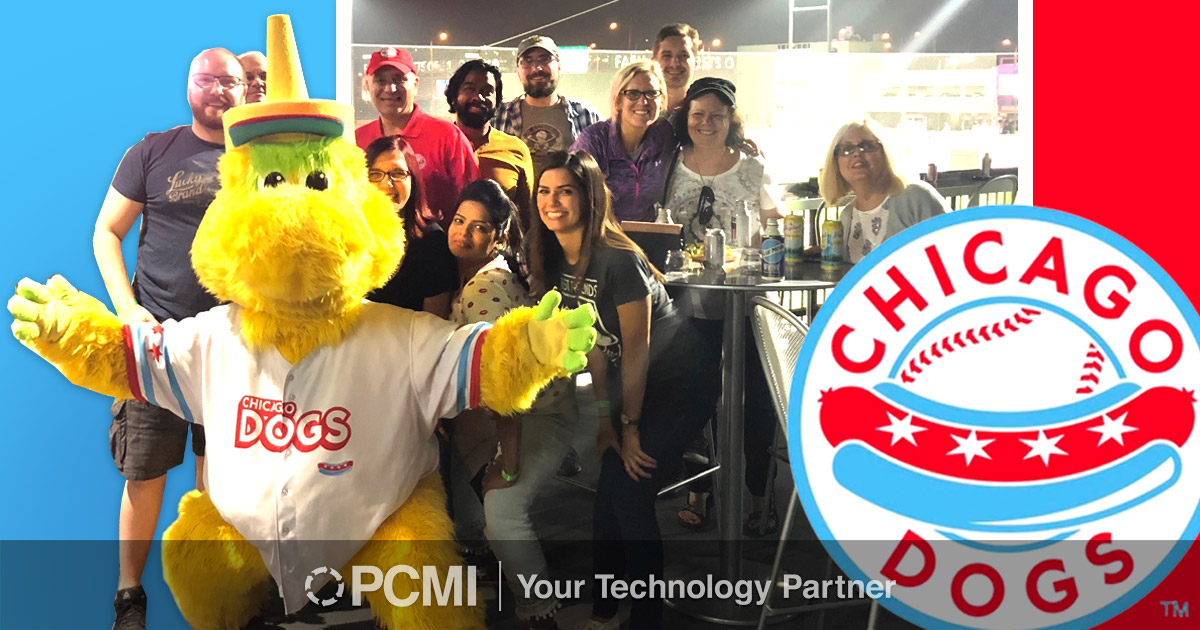 We were fortunate enough to rent out a private area behind home plate named The Overlook, which provided a stunning view of the field and a spacious area for everyone to mingle. The team enjoyed the fast-paced game, the delicious food and drinks, the entertainment provided, and one of our own was even brought onto the field!

Check out a timeline of our events from the day:

8:00 am: Our employees, who dressed down for the weather, are buzzing with excitement in anticipation for the game. Tucker Moore, one of our BI developers, starts looking up stats and fun facts on the Chicago Dogs players and sharing with the team.

4:45 pm: As the day comes to an end, everyone starts figuring out the logistics of the night like where to meet, how much parking is, and most importantly – when the food is being served.

5:00 pm: A couple of employees meet at The Ram, a restaurant in Rosemont, to grab some drinks and chat outside to kill some time before the gates to the field open.

6:00 pm: The team, equipped with wristbands and tickets, enter the brand new Chicago Dogs – Impact Field and head up to The Overlook.

6:05 pm: After overcoming the initial shock of how awesome The Overlook area is, everyone lines up against the railing to admire the view and take a peek at the players warming up. 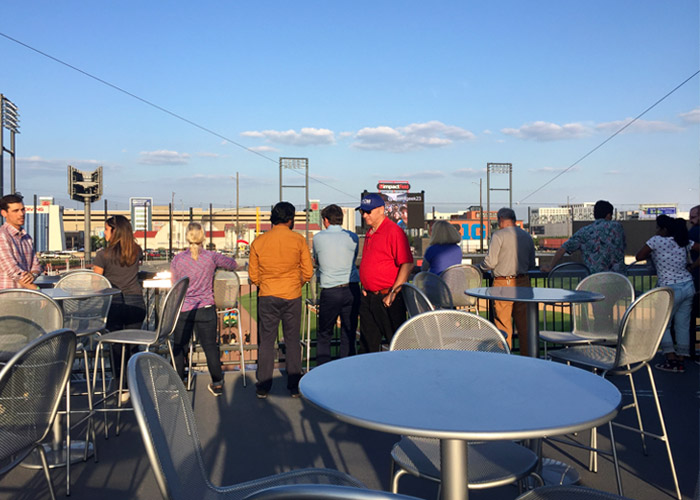 6:30 pm: The unlimited hotdogs (with no ketchup of course), burgers, pasta salad, coleslaw, cookies, and drinks are served. The food was so good that most of the team goes up for seconds and thirds! 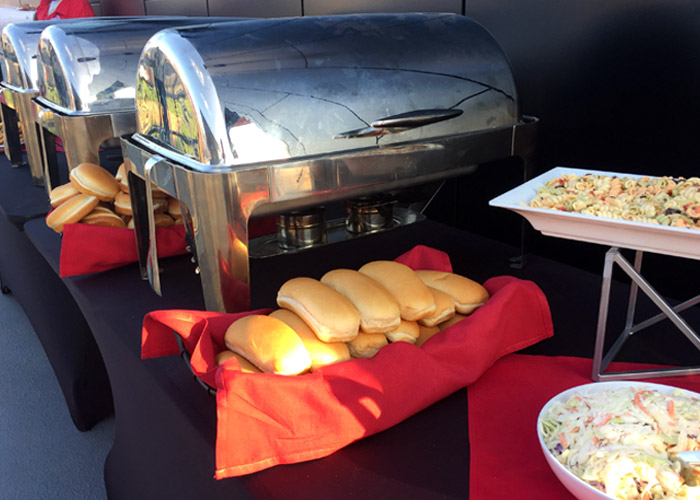 6:45 pm: A Chicago Dogs worker asks our President & CEO, Mark Nagelvoort if he wants to join her on the field to play a game between innings. After making sure he understands the rules of the game and being cheered on by the Marketing team, he agrees. 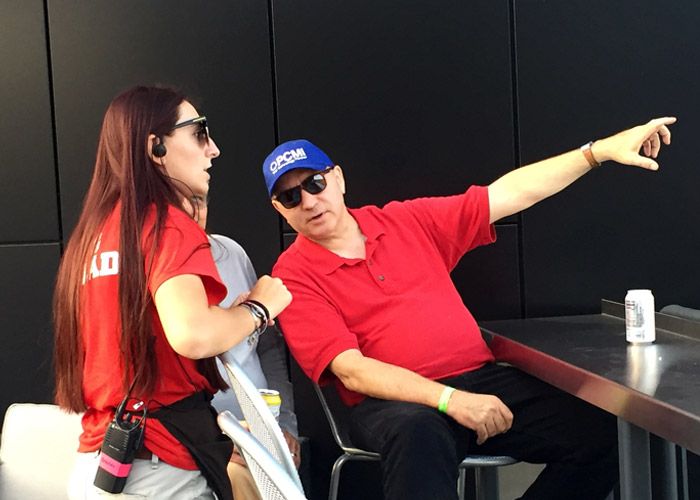 7:05 pm: The whole stadium stands up to sing The National Anthem, the first pitch is thrown, and the game starts! #PlayBall

7:30 pm: The team spots Mark Nagelvoort on the field, waiting to play his game, with the camera crew on standby. 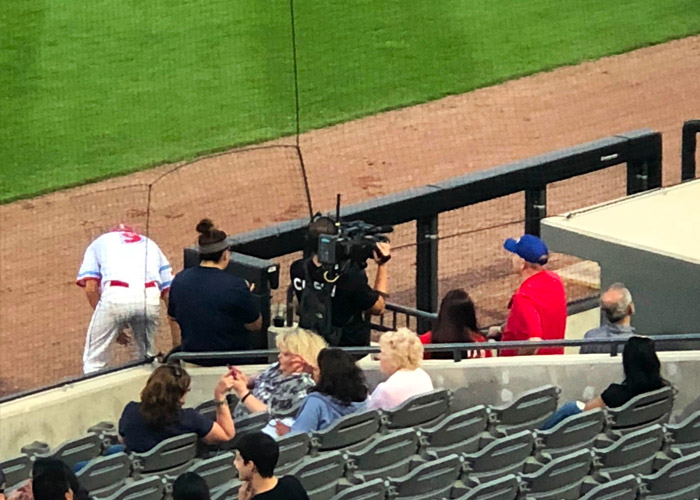 7:45 pm: The camera zooms in on Mark Nagelvoort sporting his PCMI hat and his image appears on the jumbotron. As the announcer introduces him and explains the game’s rules of Plinko, the PCMI team starts cheering him on. Although Mark looks a little nervous, he plays the game with confidence and wins $25! 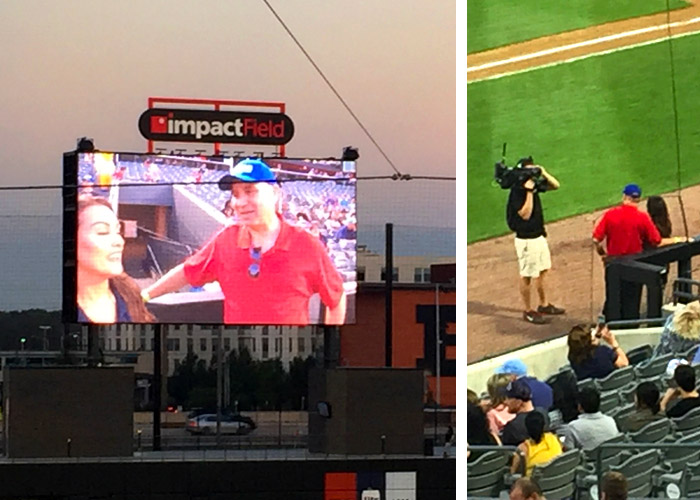 8:30 pm: As the sun sets over the field, the team gets a visit from Squeeze, the Chicago Dogs mustard bottle mascot! Squeeze gives out high fives, does a couple dance moves, and poses for a picture with the team. 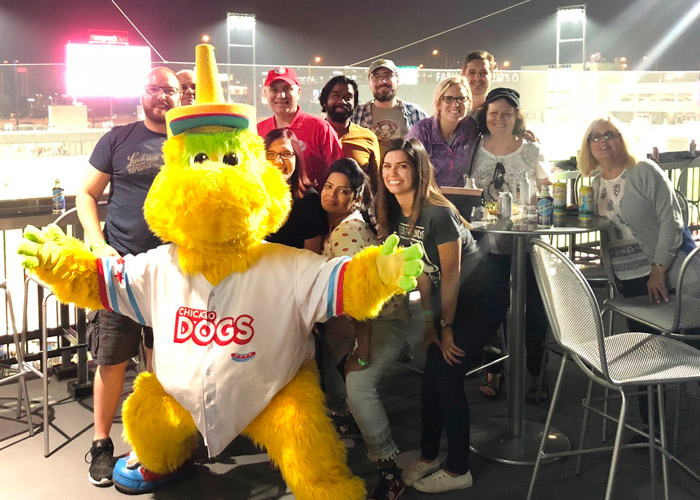 8:50 pm: Prudhvi Gandamalla, BI Reporting Developer, is suddenly the most popular team member of PCMI as she brings back a large bag of popcorn and an order of nachos from the concession stand to share with the team.

9:30 pm: The ballgame pauses for an impressive display of fireworks to the tunes of AC/DC, which blows most Fourth of July firework shows out of the water!

9:45 pm: The game comes to an end and although it was a great game, the team is sad to see the Dogs lose 3-1. Everyone says their goodbyes outside of the field and heads their separate ways.