PCMI Gives Back at Feed My Starving Children

Home PCMI Gives Back at Feed My Starving Children 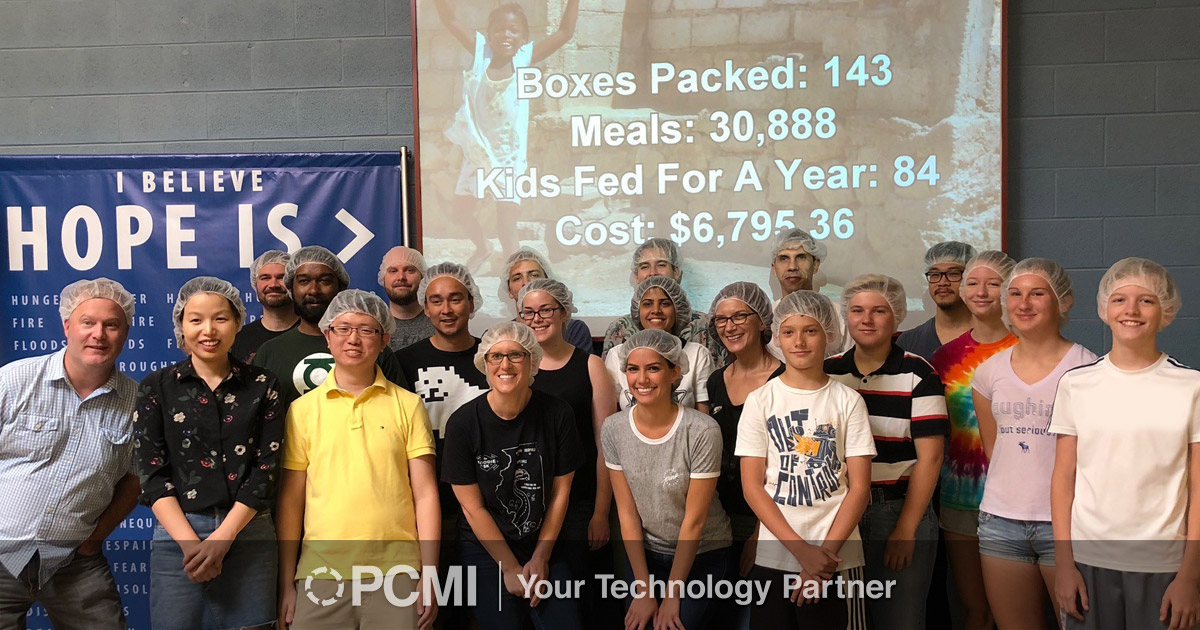 P CMI employees, joined by their family and friends, helped turn hunger into hope by volunteering to pack meals at Feed My Starving Children in Schaumburg, Illinois last Saturday, July 28th. Feed My Starving Children, a non-profit, tackles world hunger by sending volunteer-packed meals to 70 countries, where they’re used to operate orphanages, schools, clinics, and feeding programs to break the cycle of poverty. They do this by having volunteers spend two hours packing MannaPack rice packages that consist of vitamins, veggies, soy, and rice. A single bag of food provides 6 highly nutritious meals to malnourished children. 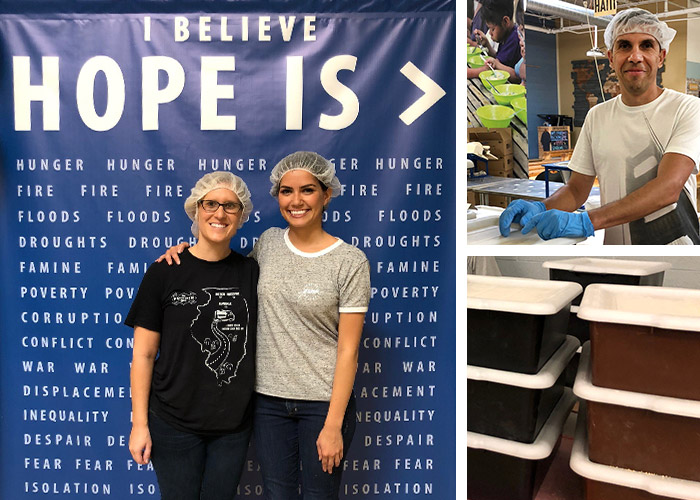 This was the second time that the PCMI team has volunteered their time at Feed My Starving Children. This year, the team had a great turnout, bringing a group of 25 people to help out! 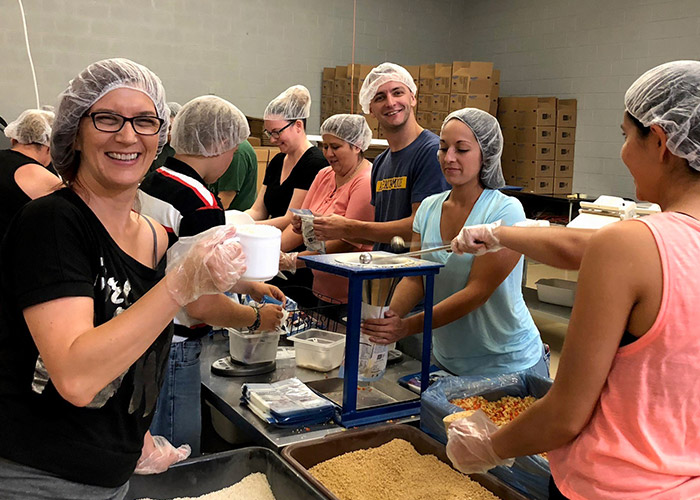 The day started out with everyone watching a short video to understand their duties and get an idea of how their work would make a difference in many children’s’ lives around the world. After the short introduction, the team broke off into smaller groups to get set up at stations to start packing. 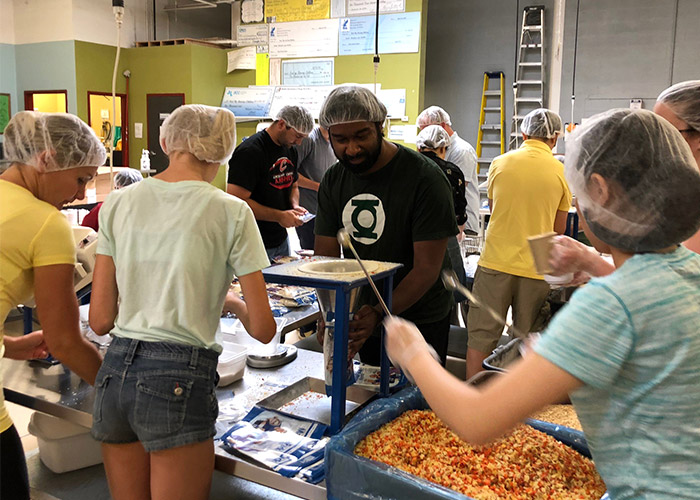 At each table, team members got to be a part of scooping food contents, sealing packages, and boxing them up to be shipped to those in need. Throughout the duration of the event, team members cheered each other on, danced along to music, and packed their hearts out! 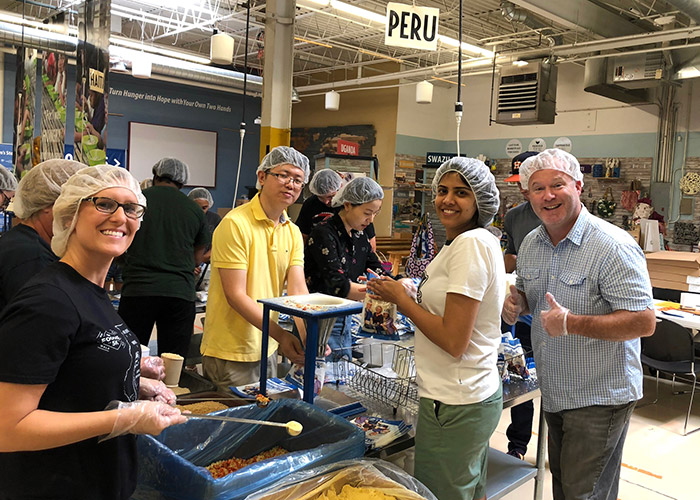 On this occasion, the meals that were packed were going to be sent to West Africa. Halfway through the packing time, the Feed My Starving Children staff came over the intercom and said the group was a bit behind on the target goal of packing 100 boxes. With that, PCMI team members and others pushed themselves to pack quicker. At the end of the day, the group was very pleased with the end results that were revealed. Below are the stats of what PCMI and other volunteers accomplished:

With that, the goal for the day was not only met, but greatly exceeded! A huge thank you to all PCMI team members, family members, and friends that participated in giving back. All who were able to attend the volunteer event enjoyed their time, came back to work refreshed, and are already looking forward to the next time they can get involved!