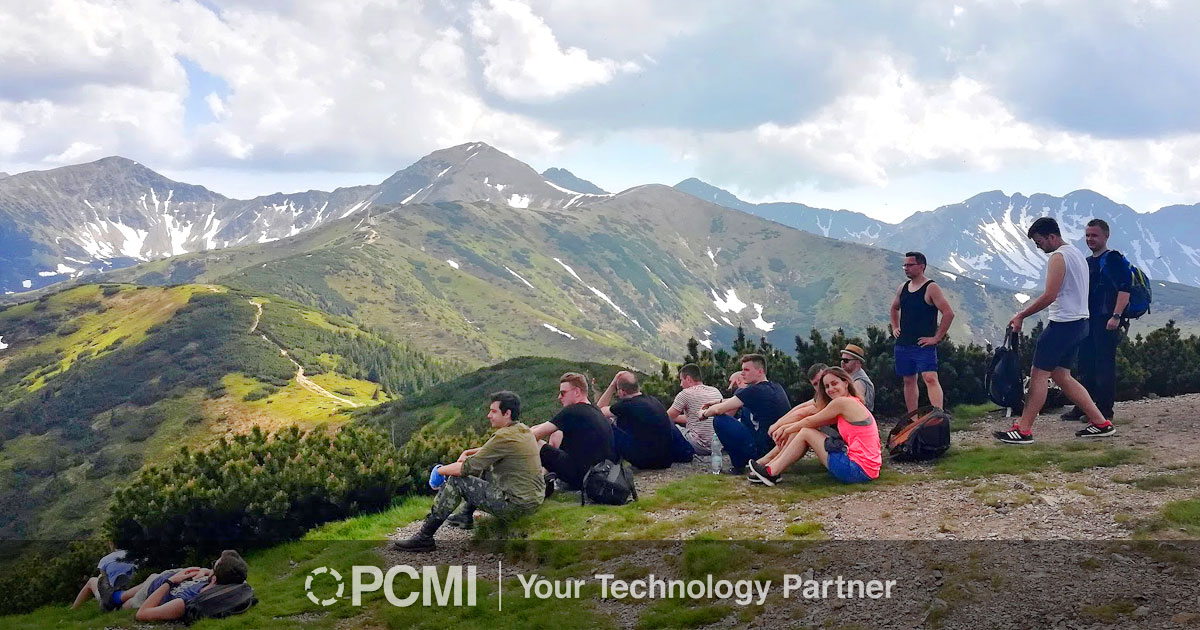 T his month, our PCMI Poland Team ventured to the peaks of the Tatra mountains. The plan for the Saturday adventure was simple: breathe fresh mountain air, see breathtaking views, eat a delicious dinner at a traditional inn, and, most importantly, spend time together in nature with beautiful scenery. Although we set off early in the morning, everyone was in a good mood and had a lot of energy. The team hopped on a rented tour bus, and after two hours of traveling, arrived at Chochołowska Valley, the most popular valley in the Tatras. 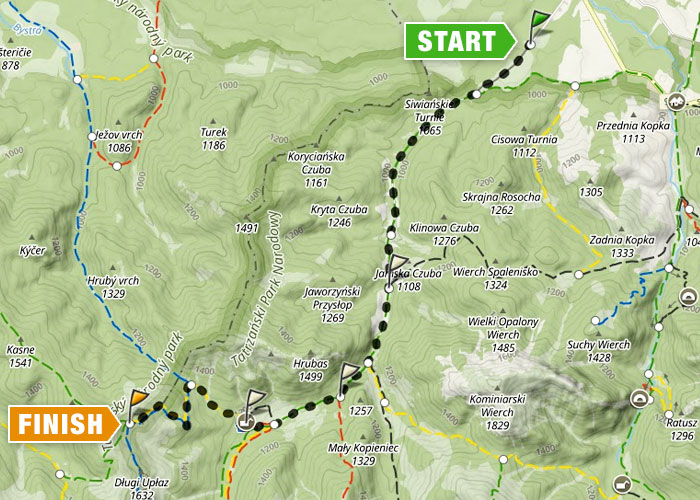 The Tatra Mountains lie on the border between Poland and Slovakia. They have an alpine landscape, occupying over 300 square miles and spanning almost 40 miles. However, only around 22% of the mountains are on the Polish side. The Tatras are protected as a part of the World Network of Biosphere Reserves of UNESCO (United Nations Educational, Scientific and Cultural Organization). UNESCO encourages travelers to visit and hike the mountain but promotes innovative approaches to sustain the manmade trails and environment while protecting the natural ecosystems. The mountains are also home to two national parks: Polish Tatra National Park and Slovakian Tatra National Park.

Shepherds in the Valley

Chochołowska Valley is located in the western Tatras. It’s the biggest and the longest valley in the mountain range and its name comes from the neighboring village, Chochołów. Because of the large number of glades, Chochołowska Valley was previously the biggest center of shepherding in Tatras. At one point, 70 shepherds pastured their sheep in the valley, and more than 230 cattlemen raised their cattle in the same area.

After paying the entrance fee to Tatras National Park, our team began their trek up the mountain, starting off on a wide, asphalt road and passing several of the shepherds’ huts.

In our group, we had three brave children with even more brave and persistent parents. At the beginning, the wide road was easy and comfortable to walk on, but soon it began to slope uphill and it became rockier, with stones covering the trail in some parts. For the parents, pushing the baby stroller was getting harder and harder!

After hiking for almost two hours, we reached the biggest shelter in the Polish Tatras, called Chochołowska Glade. At the shelter, the worn-out kids and adults all took a well-deserved lunch break. Our homemade sandwiches would not have tasted so delicious had we not paired them with some beer from the shelter!

After lunch, part of the group decided to go further and continued on the trail up to Grześ Peak. Once at the top, the views from the summit were incredible, but the best prize was waiting for everyone on the way back…

Our dinner in a traditional inn, called Karczma Zadyma, was the perfect end to our full day. The inn had its own brewery, so everyone could taste authentic beer with an intense flavor. Along with the beer, a dinner of great dishes filled with traditional meat waited for us. Thanks to all the different types of meat, including pork knuckles, sausages, pork necks, as well as dumplings (‘pierogi’) and vegetables, we could make up for lost calories after a long day.

The mountain trip was a huge success! Our whole team was full of energy and good moods, basking in the sunny weather, and enjoying fun times spent together, resting from work.