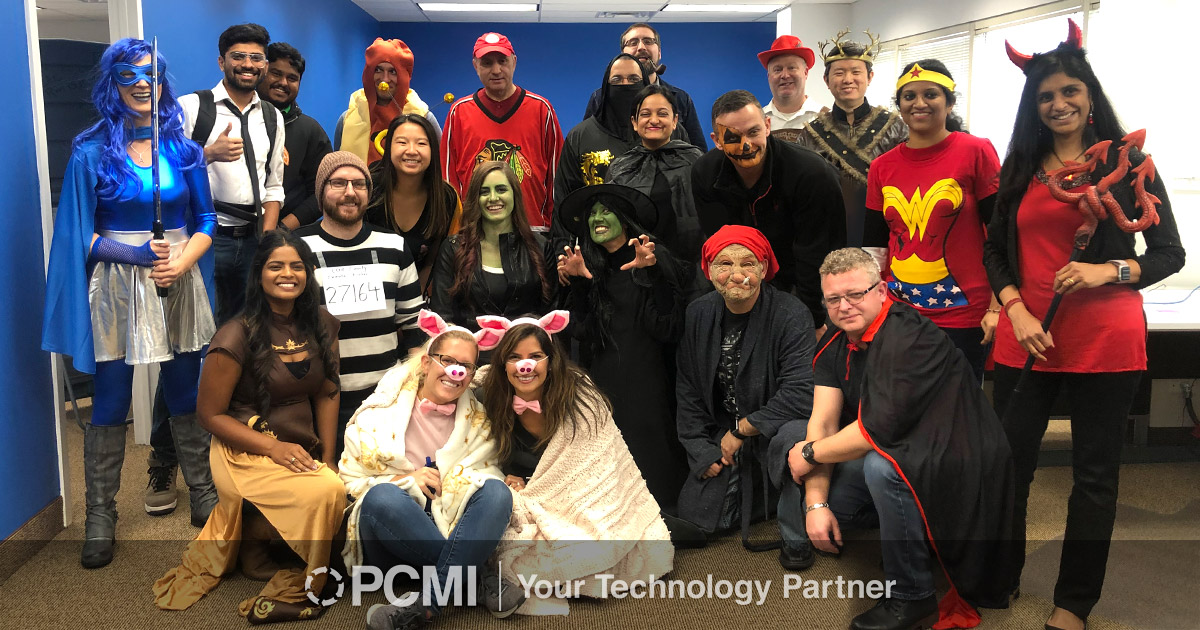 T his Halloween, the Chicago team enjoyed some scary good times in the office! The day was filled with fun from start to finish, with friendly costume and pumpkin decorating competitions, a round of employee trivia, and a catered lunch from Jimmy John’s!

A Day to Dress Up

Everyone in the office was encouraged to wear a costume on Halloween, and all the ones our workers came dressed in did not disappoint! There were many funny and creative getups, including a hot dog, devil, Wonder Woman, and pigs in a blanket! Everyone had a laugh seeing the crazy costumes some workers showed up in and we all enjoyed guessing some of the more obscure characters people came as. We gave everyone a chance to vote for their favorite costume and then we picked a first, second, and third place winner!

First place winner was Sr. Project Manager Rhonda Park, dressed as a witch, complete with a green face and pointy hat! Second place was Sr. Software Developer Eduard Zilberg, as a scary Old Nana, and third place was our Marketing Designer, Aga Williams, who dressed up as Killer Frost.

“This was my first year at PCMI participating in the Halloween events.  We had a great turnout, and I am happy to have eked out a win with all the tough competition.” – said Rhonda Park on being crowned winner of this year’s costume contest

For the next part of our Halloween competitions, we had a pumpkin decorating contest! A few days before Halloween, each employee was given a mini pumpkin to decorate however they pleased for the contest! The submissions wowed the whole office with their level of art and creativity! 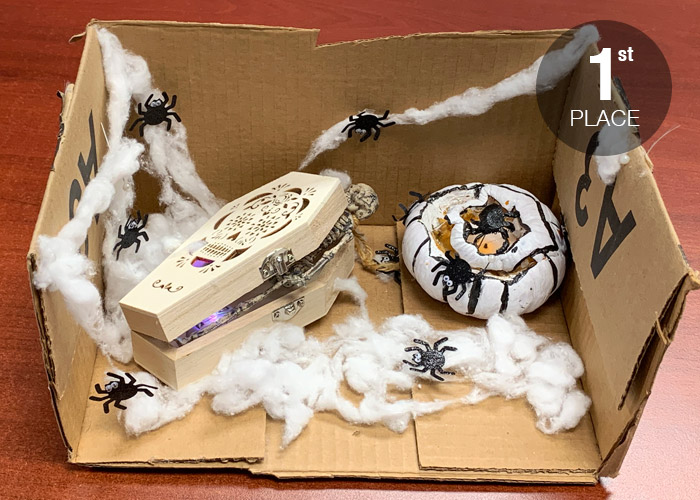 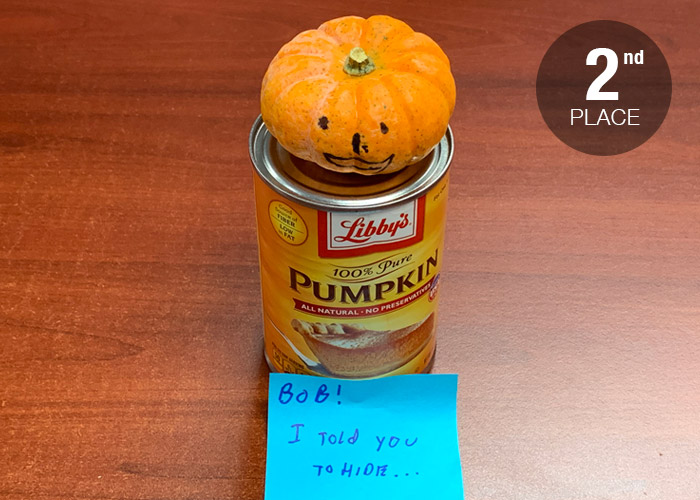 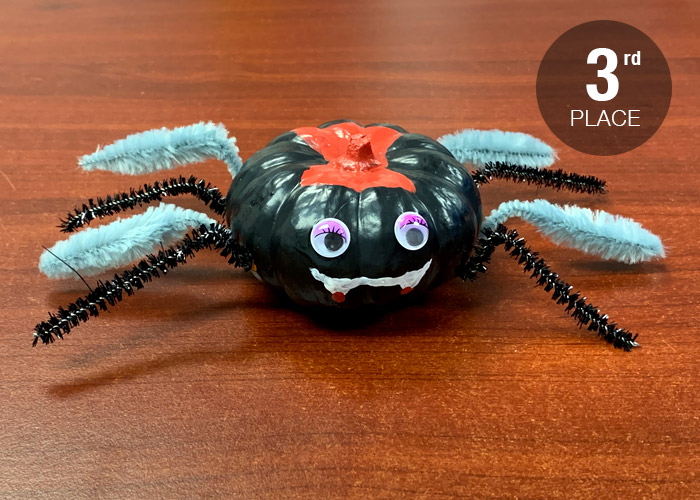 “I’m glad people liked my pumpkin. I’m also glad Batman [my dog] didn’t eat it while I was away at a conference.” –  Prudhvi Gandamalla shared after the contest when asked about having the best pumpkin decoration skills in the office. You rock, Prudhvi!

During lunchtime, everyone headed to the training room to enjoy our Jimmy John’s sandwiches! While we chatted and ate together, we played a round of Employee Trivia! A few weeks in advance, workers had submitted an interesting fact about themselves that they thought no one would know. 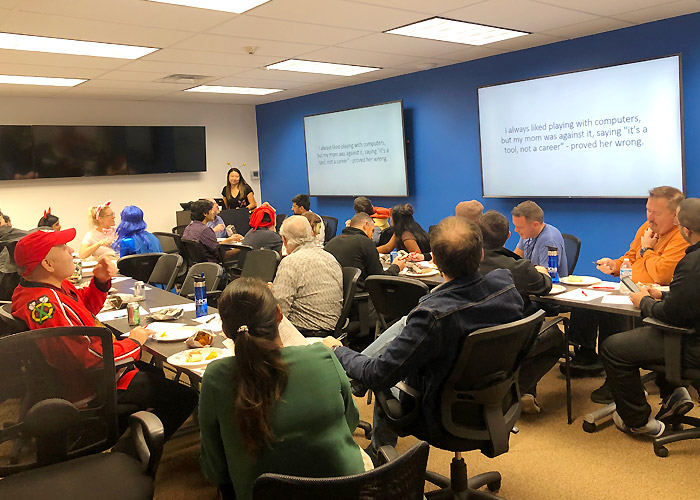 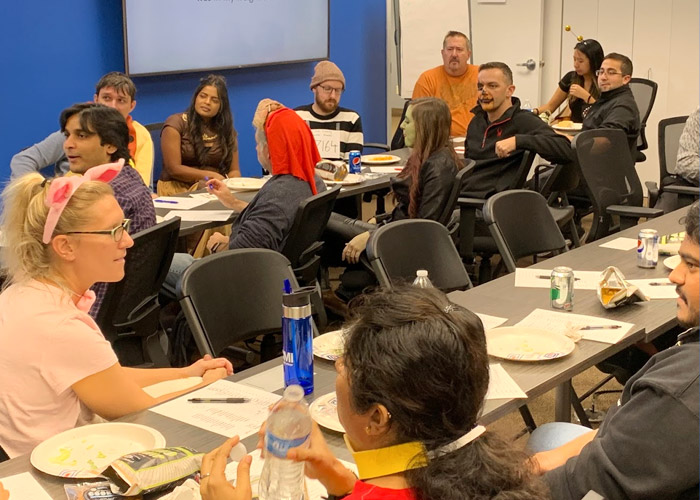 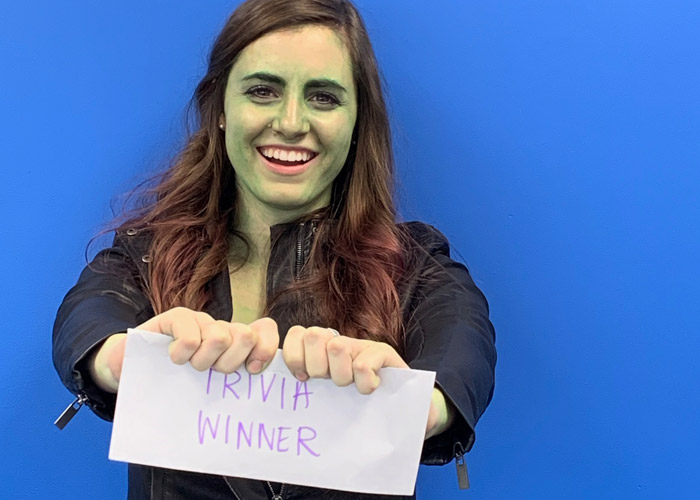 All the facts were put up on the TV screens and everyone had to try to guess whose fact belonged to who! It was more difficult than most were expecting, but it was a ton of fun since some of the facts were really funny, such as “I once rode a rollercoaster for four hours straight at a Texas amusement park.” But most people only got three or four facts correct!

The winner of this game was Business Analyst Corinne Eckert, who got seven right. She said about her victory, “What won it for me was the ability to identify the writing styles of those seven individuals. I didn’t know any of their facts prior to the game, just luck.” Way to go, Corinne! 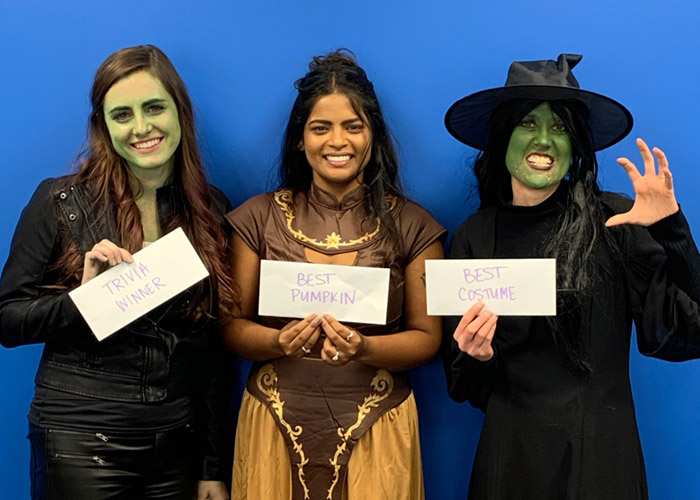 The Chicago team had a blast with all the exciting activities this Halloween! We made many memories in the office that we can look back on for years to come. Thanks to everyone who participated in wearing a costume, decorating a pumpkin, or participating in our trivia game!