T his year, the PCMI Poland team’s holiday party was held at their new office building in Krakow. Team members chose Friday, December 20th for the holiday celebration—a perfect day at the end of the week to enjoy some fun times with coworkers before the weekend! The team was also eager for the chance to try out the new spaces in the building, especially the big conference room where the party would be held.

The conference room was decorated brightly for the holidays, and inside, a traditional Polish cuisine was waiting for all employees. The main courses were two hot dishes: trout with blue cabbage, and cod and baked potatoes with rosemary. To go with the mouth-watering main dishes, there were also plenty of side dishes and various snacks. Toast with herring, toast with pate and caramelized onions, and mini vegetable salads were particularly popular. Of course, there was also space for traditional Polish dumplings, called pierogi, with cabbage and mushrooms.

For those dessert-lovers, there were three types of cakes, including yummy gingerbread and cheesecake with a spicy sauce. Along with the delicious cakes, there were also tons of homemade cookies, baked by the employees (or by their wives or husbands). In fact, there were so many cookies that everyone could take some home with them.

Deck the Halls (and Tables)

An air of Christmas charm filled the room the whole time, due in part to the lovely decorations: table lights, poinsettias (called the Star of Bethlehem), and a Christmas tree with handmade decorations. Some team members even got extra-festive and sported some fun holiday sweaters.

A Fond Look Back on the Year

During the whole night, the Poland team exchanged lots of stories and laughs, reminiscing about the past year and discussing the coming new year. Many stayed at the party longer than they had originally planned, with the good times and conversation lasting until very late evening. 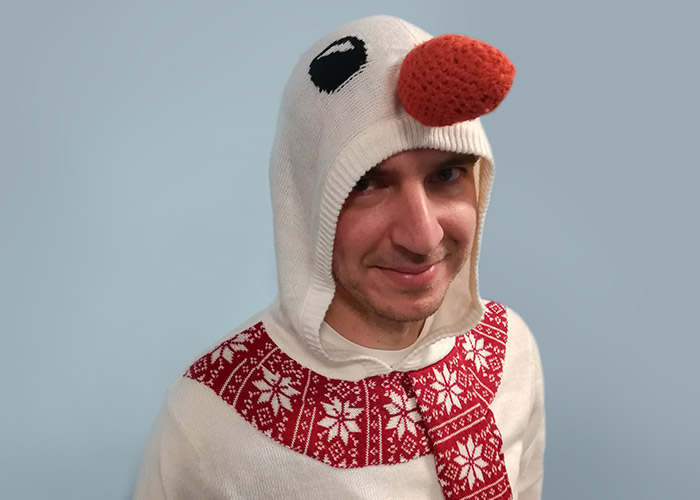 It appeared as though people didn’t want the night to end. It just goes to prove that if you are in a good company, time stands still!