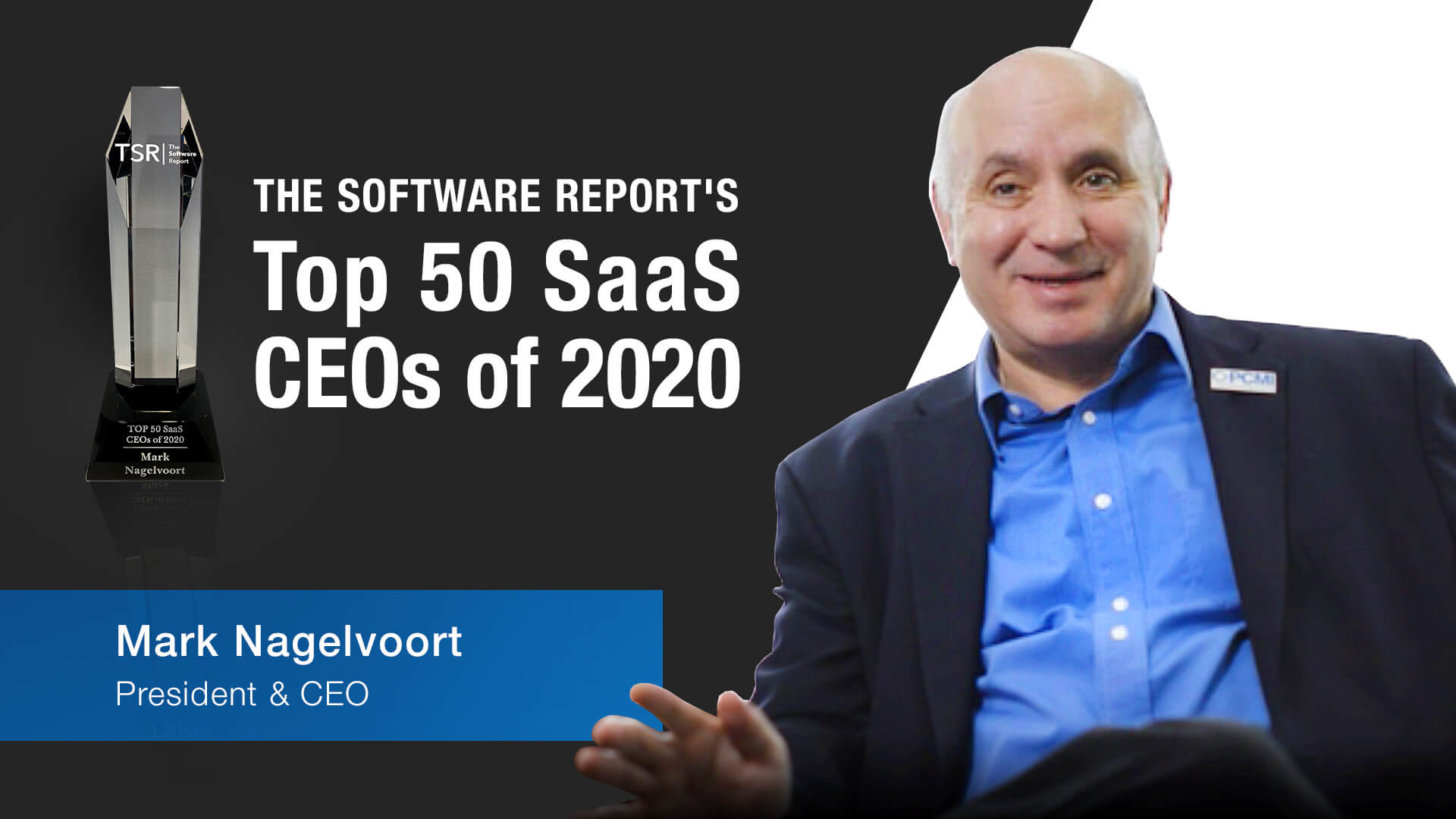 P CMI’s President & CEO, Mark Nagelvoort, was recently honored in The Software Report’s list of the Top 50 SaaS CEOs of 2020. This annual list reflects on the individuals within the SaaS industry that showed exceptional leadership qualities, exemplified by the fact that candidates were nominated by their fellow colleagues. With 30+ years in the administration software industry, receiving this award prompted Mark to reflect on the various aspects of his career that led him to his present success.

When asked what the catalyst behind the nomination was, PCMI’s Marketing Manager, Laura Scahill, said, “Over the past six years, he has really taught me more than what I need to know to be successful at work. He cares about the team’s personal growth and happiness, as well as our professional growth.”

“I think he deserves this award; he puts himself in the shoes of the team, so he knows what’s impacting us. He gives importance to whoever he’s speaking with, their values and opinions, and he tries to not only professionally grow them in their role,  but personally as well,” remarked Prudhvi Gandamalla, BI Technical Lead.

To celebrate this accomplishment, we sat down with Mark to talk about leadership, teamwork, and the award. Here’s what he had to say:

“I just love seeing the passion that my team has, that they care enough to perform so well. I try and remember that every night, our entire staff goes home – we have to create an environment where they are excited to come to work the next day.”

“One thing that I really enjoy is working with our staff and training them on the industry. We’ve had people that come to us and, within two or three years, they’re actually managing an entire team. They’re very passionate about what they’re trying to do.”

“Well, receiving this award means that I’ve done something right – that my staff would think to do this. I’ve taken people fresh out of college, given them an environment where they can get on stage, have their own budget, and work. To think that they came back and thought enough about me to do this… it really touched me. It really made me feel special. I don’t want to choke up too much, but it was a big deal to me. I want to thank them.”

Get to Know Mark